A Review of the Response to COVID-19 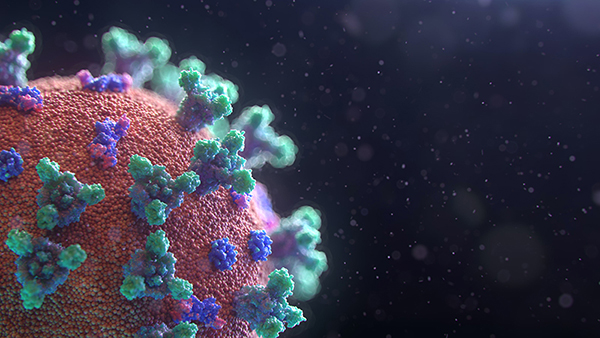 A Review of the Response to COVID-19

From the very beginning of the COVID-19 debacle, there has been a major difference between factual information concerning this virus and the stories that have been told to the public by government and public health officials.

The fiasco started with a model developed by Neil Ferguson of the Imperial College of London which predicted that tens of millions of people would die due to COVID-19 infection. COVID-19 was compared to the Spanish flu, which killed approximately 50 million people in 1918. Ferguson’s report stated that the only way to prevent massive deaths would be for the entire population of the planet to be locked down and for people to remain separated for 18 months until a vaccine was available. Total isolation would be needed because the isolation of just vulnerable populations like the elderly would only reduce deaths by half.[1]

As of June 25, total deaths worldwide from COVID-19 had reached 494,179 – not tens of millions – and even this number is questionable. This time Ferguson was off not by thousands or hundreds of thousands – but by millions. And the average age at death was 80, with almost all who died having multiple co-morbidities. The virus has had little effect on young and healthy people.

Mr. Fauci reported in an article in the New England Medical Journal published in March 2020 that “…the case fatality rate may be considerably less than 1%. This suggests that the overall clinical consequences of Covid-19 may ultimately be more akin to those of a severe seasonal influenza (which has a case fatality rate of approximately 0.1%)…”[4]

Predictions of Death Rate by Others

“Globally, about 3.4% of reported COVID-19 (the disease spread by the virus) cases have died,” said WHO Director-General Tedros Adhanom Ghebreyesus at a briefing. “By comparison, seasonal flu generally kills far fewer than 1% of those infected.”[7]

But President Trump disagreed, stating that he had consulted with experts who said that many people who are exposed to flu are either asymptomatic or have such mild symptoms that they do not seek medical care. These people are not part of the data set when determining death rates. Thus, he said the actual mortality rate “is way under 1%.”[8]

The winner; Trump. According to Caitlin Rivers, epidemiologist at the Johns Hopkins Center for Public Health, the current best estimate for fatality rates are 0.5% to 1.0%.[9]

Ginning up the numbers in order to gin up the fear is a good way to get people to agree to vaccines for COVID-19. But even vaccine advocate Paul Offit refused to engage in the deception. He stated publicly that the WHO’s prediction of a 3.4% fatality rate was too high, and that the real number would likely be lower than 1.0%. “We’re more the victim of fear than the virus,” he said and also that he thought the world was witnessing a “wild overreaction” to the disease.”[10]

China is one of the most authoritarian regimes in the world, so no one was surprised when the government locked down its citizens. But the lockdowns by other governments in what used to be free countries is still shocking to many people. The consequences have been devastating – 40 million jobs lost, businesses permanently closed, suicides, overdoses, increased poverty, and food insecurity. Data clearly shows that the lockdowns had little effect, and yet the draconian measures continue.

An analysis of data prepared by the University of Oxford’s Blavatnik School of Government concerning Europe’s restrictions showed that lockdowns made little difference.[11] And JP Morgan issued a report in May showing that most countries showed decreasing rates of infection after restrictions were lifted – these included Denmark and Germany.[12]

The Norwegian Health Authority has published a report which showed that the virus never spread as fast as was anticipated, and the infection rate was already decreasing when the lockdown was ordered in Norway.[13] According to Camilla Stoltenberg, director of Norway’s public health agency, “Our assessment now, and I find that there is a broad consensus in relation to the reopening, was that one could probably achieve the same effect – and avoid part of the unfortunate repercussions – by not closing. But, instead, staying open with precautions to stop the spread.” She went on to say that it is important to be honest about the effect of lockdowns in the event that infection rates rise again.[14]

But What About New Cases?

There are several issues concerning “new cases.” The first is that tens of millions of people are now being tested, and most are asymptomatic. Regardless of health status at the time of the test, all positives are being reported as “cases.” In other words, people who are healthy and have no symptoms are now “cases.”

Second, the tests are incredibly inaccurate. Tests for COVID-19 were approved by the FDA under emergency use authorization, which means that they were only required to perform well in test tubes and no real world demonstration of clinical viability was required, according to David Pride MD, associate director of microbiology at the University of California San Diego.[17]

Several issues were never addressed. One is the risk of cross-reactivity with other viruses. Another is that the presence of coronavirus is likely to remain for several months after the infectious period has passed, which means the tests are useless for determining who should be quarantined. Yet another is the risk of cross contamination, particularly when testing large numbers of people in crowded settings. Even the tiniest amount of cross contamination can lead to a false positive result, which means people who are have never been exposed to COVID19 could be subjected to unwarranted quarantines.

The tests are produced by several vendors, and each has established its own and as-yet-unmeasured accuracy. The variations are myriad, according to Dr. Pride. He says that some tests can detect as few as 100 copies of a viral gene while others require 400 copies for detection.[18] Additionally, most will show positive results for as long as 6 months, while the actual time the person is contagious is only a few days.

Some experts, like Dr. Steven Woloshin of Dartmouth College, are suggesting that perhaps the FDA should actually investigate the tests further to determine which ones, if any, are accurate. What a concept!

There are currently 110 different screening tests in use, and the FDA says it has asked the makers of tests to perform follow-up studies, and that it is tracking “problems” with the tests. But what we know now is that the makers of these tests cannot report how often the tests falsely clear or wrongly diagnose patients. The only requirement for approval was 60 test tube samples which, according to Dr. Robert Kaplan of Stanford University, have little resemblance to real-world situations. He says, “You’re testing people in parking lots, the patients themselves are extremely anxious and unable to follow instructions.”

The FDA issued a warning to doctors in May concerning Abbott Lab’s rapid ID Now test, stating that it was inaccurate between one third and 50% of the time. Accuracy issues with this test have been identified by researchers are Stanford, Cleveland Clinic, and Loyola University.[19]  Abbott denies this but has not submitted any data. I suppose we are just supposed to take their word for it.

If the error rate is actually as high as 50%, there could be millions of people who have erroneously tested positive, thus inflating the number of “cases.”

And then there is even more deception. According to an article in the Arizona Republic on Weds June 10, experts report that, “Arizona’s COVID-19 spread is ‘alarming’ and action is needed.” Yahoo News reported a spike in cases in all southwestern states.[20]

The reality? More cases are being diagnosed because more people are showing up for healthcare services which were delayed while the fake pandemic was at its height. In most cases, facilities are requiring that these people get tested as a requirement for care. Thousands of asymptomatic people are testing positive (we’ll ignore the fact that the tests are inaccurate for a moment). These asymptomatic people are reported as cases. According to health officials, in early June the increase in hospitalizations was due to people who were finally able to have “elective surgeries” starting May 1. According to Arizona Health Director Dr. Cara Christ, most beds were in use by non-COVID patients.”[21] In fact, there was only one new admission for COVID on June 8.[22]

So how does the media report that hospitalizations of COVID patients are up? By reporting everyone who is in the hospital who tests positive as a “case.” Having your knee replaced and tested positive for COVID? Counted as hospitalization for COVID. Having a stent replaced and tested positive for COVID? You are classified as a hospitalization for COVID. See how it works? You can create a whole new pandemic and reason for wearing masks, and being panicked and social distancing and keeping schools closed just by misrepresenting the data. And it is being done every day.

Is COVID-19 Worse Than Seasonal Flu?

And we know that the number of deaths has been inflated since doctors were instructed to forge death certificates. Dr. Deborah Birx , who serves on the White House task force announced during a press briefing on Tuesday April 7 that the deaths of all patients who died with coronavirus, even if the cause of death was not due to COVID-19, should list COVID-19 as cause of death on the death certificate.[34]

Dr. Scott Jensen, a Minnesota Family practice doctor and state Senator, reported receiving a 7-page document from CDC instructing him to do this. As for the motivation? “Fear is a great way to control people,” he told a television station.[35]

Several states, including Colorado and Washington State, have started adjusting their death rates downward after legislators and activity groups exposed the fact that deaths from other causes, including gunshots, were being reported as COVID deaths.[36] [37]

Accurate data are still not being reported to the public by government and health officials. In fact, it seems that there is a deliberate and ongoing attempt to mislead the public with inaccurate and inflated data. I cannot think of any legitimate reason for actions such as these that cause fear, panic, financial distress, closure and failure of businesses, unemployment, irreparable harm to children, and death. Only despots who have no respect for human life could engage in such deception. And despots are in control of us right now.

[2] National CJD Research and Surveillance Unit. “Disease in the UK (By Calendar Year.” University of Edinburgh May 4 2020

[9] Hamilton J. “Antibody Tests Point To Lower Death Rate For The Coronavirus Than First Thought.” May 28 2020

[17] Pride D. “Hundreds of different coronavirus tests are being used – which is best?” The Conversation April 4 2020

BEST-SELLING FOOD OVER MEDICINE ON AUDIBLE.COM

This website uses cookies to improve your experience while you navigate through the website. Out of these, the cookies that are categorized as necessary are stored on your browser as they are essential for the working of basic functionalities of the website. We also use third-party cookies that help us analyze and understand how you use this website. These cookies will be stored in your browser only with your consent. You also have the option to opt-out of these cookies. But opting out of some of these cookies may affect your browsing experience.
Necessary Always Enabled

Any cookies that may not be particularly necessary for the website to function and is used specifically to collect user personal data via analytics, ads, other embedded contents are termed as non-necessary cookies. It is mandatory to procure user consent prior to running these cookies on your website.